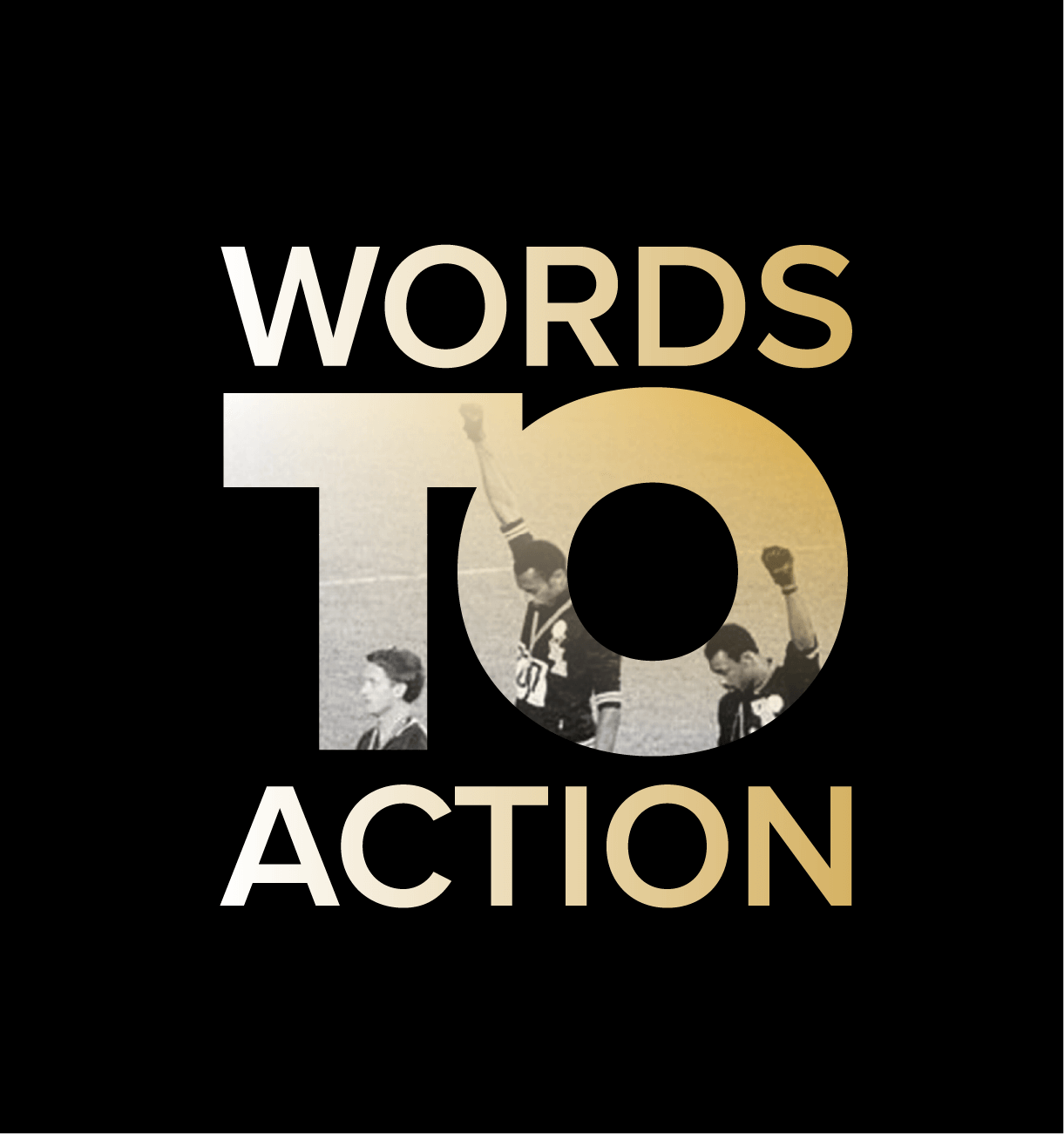 Share your voice and join our cause as we explore the expressive possibilities of art, song and sport for positive social change and more equitable, racially just community. We invite you to donate to The Institute for the Study of Sport, Society, and Social Change programs and services that build on the legacy of social change, particularly as it pertains to the equity of women and girls in sport.

We also invite you to engage with these resources and calls-to-action in solidarity with the Women’s National Basketball Association (WNBA) and National Basketball Association (NBA) players support for Black Lives Matter and actions that promote the notion they are “more than an athlete”—and use their voices as a platform for positive social change.

In the midst of our own need for a different kind of future, we urge you to participate in Rally the Vote—a nonpartisan coalition of sports franchises teaming up to register fans to vote and participate in elections.

As former college athletes, we have noticed that we do not sing much together for women’s sports. And while there has been some progress since the enactment of Title IX, we continue to see disparities in access, pay equity, working conditions, leadership and coaching opportunities, sports coverage (and the largely invisible work of athlete activists in women’s sports). These systemic barriers and conditions especially reverberate for Black, women and non-binary athletes of color, who live at the intersection of racial injustice and gender inequity. We have also noticed the well documented ways in which collective singing can help to cultivate joint perspectives, charge our courage, and touch each other at a distance (as we have especially seen during this time of physical distancing.).

This is why, since 2019, we have been inviting athletes, sports fans, students, and community allies to join us in singing ‘Feeling Good’—the song made famous by Nina Simone—as a call-to-action, an anthem of solidarity for women’s athletics and a more racially just, equitable community.

Why sing ‘Feeling Good’ right now? It is important to remember that Nina Simone sang about “a bold world, a new world”—in 1965, at a time of oppressive and violent systemic racism and personal struggles with domestic abuse and bi-polar depression. The invitation is to be emboldened by Simone’s radical example in the midst of our own unprecedented moment and need for a different kind of future.

Our project acknowledges, celebrates, and builds upon the deep legacy of Black athlete activism at SJSU, the birthplace of the Olympic Project for Human Rights (OPHR). This was a movement founded by Dr. Harry Edwards and Ken Noel that culminated in the iconic protest of 1968 Olympic medalists Tommie Smith and John Carlos. We are continuing to see the impact of Carlos’ and Smith’s Olympic gesture with the WNBA, NBA and other athletes and supporters taking actions in solidarity with Black Lives Matter. We are also seeing the impact of BIPOC and LGBTQ athletes in women’s sport—from the groundbreaking work of 2x Olympic gold medalist Wyomia Tyus’ in the ‘68 Olympics, Volleyball’s Flo Hyman, Tennis’ Althea Gibson, Billie Jean King, Serena and Venus Williams, WNBA’s Maya Moore, Soccer’s Abby Wambach and Megan Rapinoe and others to the amazing work of our student athletes today.

We launched FEELING GOOD on February 2020 in concert with National Girls and Women in Sports Day as part of a San Jose State women’s basketball game halftime flash sports singing performance with the help of hundreds of SJSU Choir members hidden in the stands, four amazing soloists (Jasmine Reyes, Amy Young, Evalina Maas-Espinosa and DSL Interpreter Brad Byrd), and the amazing Spartan Marching Band. After the singing, fans were invited to visit our partner affinity group tables to learn more about how to get involved and engaged with the movement of equity and inclusivity. Our thanks to all who added their voices and to all of our collaborators who have made this project possible. See this one-minute highlight reel to learn more about our inaugural event.

We invite you to share your voice and join our cause as we explore the ways in which art, sport, and collective singing rituals can embolden our voices to work towards a more equitable and inclusive community—both on and off the playing field.

In song and solidarity,